The Vox Populi fight club was born in the seedy underbellies of the most corrupt of dictatorships and police states. Pugilists in the Vox Populi are freedom fighters, rallying themselves behind the cause of liberation through violent revolution. They are proficient at fighting multiple enemies at once, as well as whipping those around them into a frenzy to fight for their freedom.

Starting at 3rd level, you have mastered the art of the rallying cry. You gain proficiency in the Performance skill

Spending 1 moxie point and a bonus action on your turn, make a Performance check to inspire all nearby to fight for you and your cause. Unwilling or indifferent (but not hostile) creatures must make a Wisdom saving throw against your Performance check or be inspired to attack the neartest creature that is hostile to you. Allies nearby that hear your Rebel Yell gain your Fisticuffs die on their next attack roll. Rebel Yell lasts until the beginning of your next turn.

At 6th level, your ability to start an impromptu riot is finely tuned. You gain the following moxie abilities

Mob Rule: If your Rebel Yell has successfully bolstered a creature, you may immediately spend 1 moxie point to gain advantage on your next Unarmed strike.

Violent Demonstration: Spend 2 moxie points and a bonus action on your turn to extend the duration of Rebel Yell on all effected creatures by an additional round.

Riot Breaker: If two hostile creatures are within 15 feet of eachother, if you use The Old One Two moxie feature you may use one Unarmed Strike on each creature without granting attacks of opportunity on yourself when moving from one target to the other.

Hellion Parade: As a bonus action on your turn, spend 1 moxie point to direct all creatures affected by Rebel Yell to attack a creature of your choice.

Starting at 11th level, you no longer need to spend a moxie point to use your Rebel Yell feature. In addition, you may add double proficiency to the Performance score on Rebel Yell. 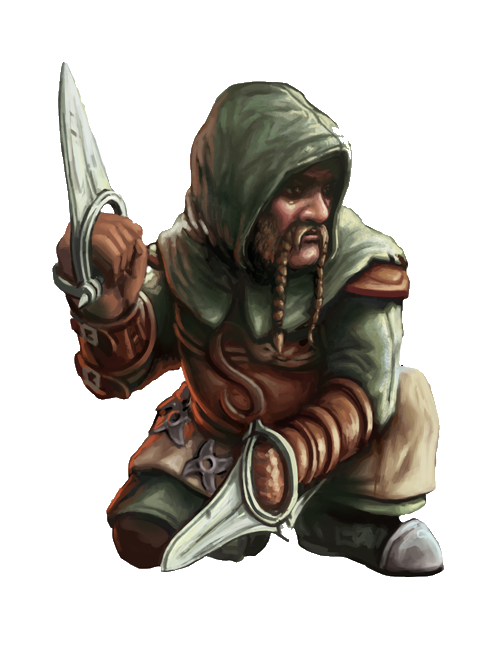 At 17th level, your passion can sway even the most convicted of your oppressors. Rebel Yell is now able to effect hostile creatures, and if they fail their Wisdom saving throw they will become non-hostile to you until Rebel Yell's effect ends. If Rebel Yell ends before combat is over, they will become hostile again. Their first attack roll on their next turn will be against the nearest creature still hostile to you.

Dwarf Stalker by joeshawcross on DeviantArt