Summoned by an ancient order of druids, or carefully bred by elven isolationists, Briarwights are guardian spirits of woodland places. Seven feet tall, composed of rune-scribed skulls woven into bodies of vines and tanglewood, a Briarwight typically blends seamlessly into the forest until it strikes. Natural Guardians. The bodies of Briarwights are living wood, covered in a mass of photosynthetic lichen. They neither eat nor sleep, but rather, draw sustenance from their forest home. Their natural state is a deceptive watchfulness as they root into the soil and expand their awareness through nearby vegetation. This allows them to observe interlopers even as they step over what they thought was only a particularly rough patch of brush. Runescribed Sentinels. The rituals to call a Briarwight into existence have been all but forgotten. The conjured spirit which gives a Briarwight its semblance of life has its origins in the Feywild, capricious and canny. They chafe at their subservience to mortals, but so long as their runes are maintained, they hold their lonesome vigil over places of natural power and beauty. If ever the forces that keep the Briarwight guardians at bay were to falter, it can only be assumed that the forests of the world would become much more terrifying places to venture. 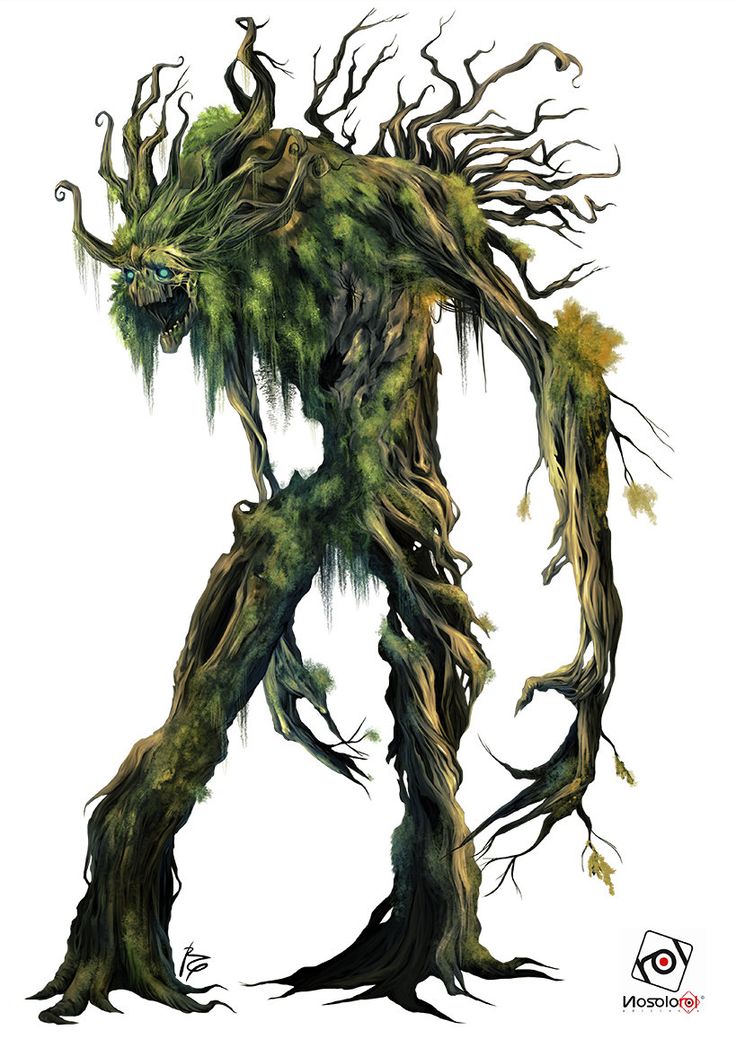 False Appearace. The Briarwight might pass under casual inspection as a collection of bones and sticks scattered in thick brush.

Entangling Strikes. (Recharge 5-6) Creatures hit by a Briarwight must succeed on a DC 13 Str or Dex (their choice) Saving throw or be restrained as nearby vegetation rapidly grows to ensnare them.

One with the Forest. A Briarwight is unaffected by difficult terrain, treating it as normal terrain so long as the difficulty stems from a natural terrain feature (dense overgrowth, tangled roots, hanging brambles, etc).

Hurl Missile: Ranged Weapon Attack: +4 to hit, reach 20ft., one target. Hit 5 (1d6 + 2) A Briarwight throws stones or fallen limbs, whatever is near to hand.

Charge: Melee Weapon Attack: +4 to hit, reach 5ft., one target. Hit 12 (2d10 + 2) The Briarwight lowers its bramble horns and charges on opponent within 30 ft. If the attack hits, the opponent must succeed on a DC 13 Str saving throw or be knocked back 10 ft and thrown prone.

The Briarwight may uproot itself as a move action on its next turn.