Rock Summon. At half health, summons swarm of rock mephits (3d4) which act immediately after summoned and take that initiative spot.

Earth Grapple. Whenever the mazroch takes 20+ damage in a single round, he may use this as reaction. DC12 Dexterity Save to avoid or target is grappled and slowly pulled into the earth 1d4 feet per round. DC14 to escape grapple, and DC increases by 2 every round they are being buried. Once they are half their height deep, they gain restrained condition and can use their action only to break free.

*Acid Rot. Acid inflicted by the bite will begin to rot non-magic armor and gear in 1d4 hours if not cleaned. 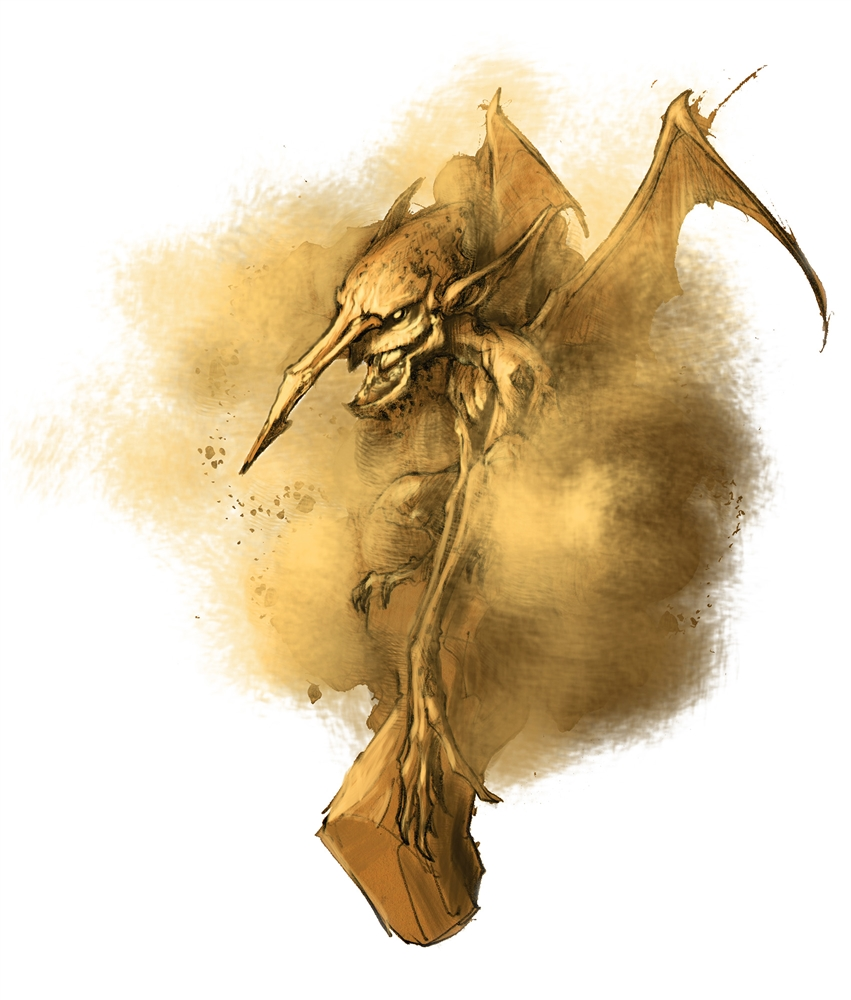 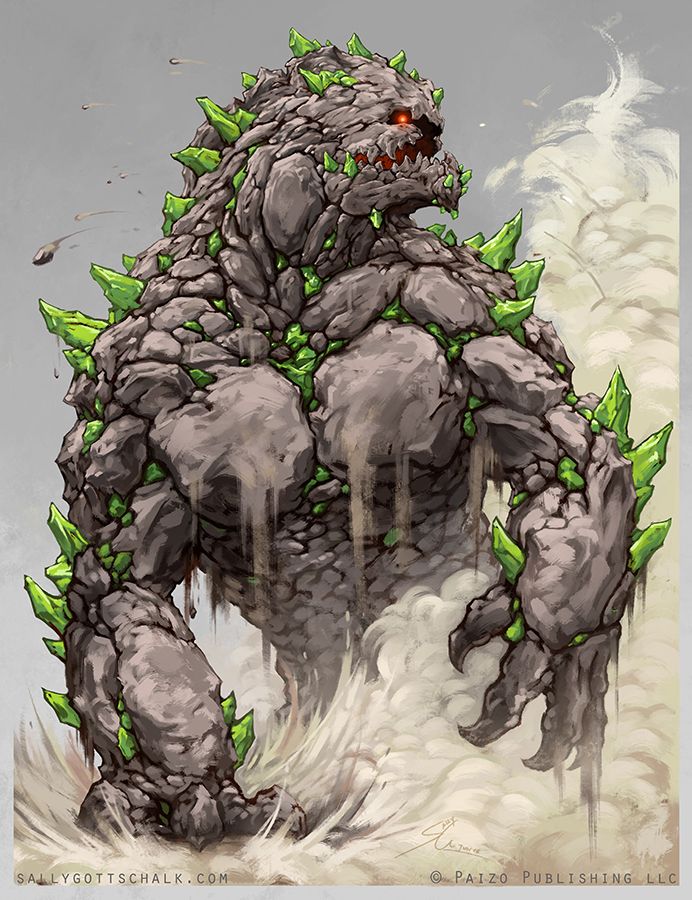 Pack Tactics. If ally within 5', attack rolls are made with advantage.

Death Burst. When the mephit dies, it explodes in a burst of dust. Each creature within 5 ft. of it must then succeed on a DC 12 Constitution saving throw or be Blinded for 1 minute. A Blinded creature can repeat the saving throw on each of its turns, ending the effect on itself on a success.