Living Night. Excudes an aura of pure darkness and evil. In a 120 ft radius around Hor no light can prevail and everything is plundged into darkness.

Multiattack. Hor makes 2 attacks with either his Bite, Claws or Swallow attack.

Bite. Melee Weapon Attack: +7 to hit, reach 10ft., one target. Hit 12 (2d8 + 3) piercing damage plus 7 (2d6) necrotic damage. The targeted creature is considered grappled by Hor if the attack was an success. Hor can't bite another target while grappling something in this way.

Swallow. If Hor has a target grappled by his Bite he can swallow it. The target has to make a DC 18 Strength saving throw or be swallowed by Hor. A swallowed creature takes 18 (4d8) acid damage on the start of their turn and is considered blinded.

Chaotic Breath (Recharge 6). Any creatures inside a 90 ft cone in front of the drake have to succeed on a DC 17 Dexterity saving throw or take 4d10 necrotic damage and be blinded until the end of their next turn.

Chaotic Roar (Recharge 5-6). Any creatures within 15 feet of this Shadow Drake have to make a DC 17 Wisdom saving throw or be affected by a random effect of the following list 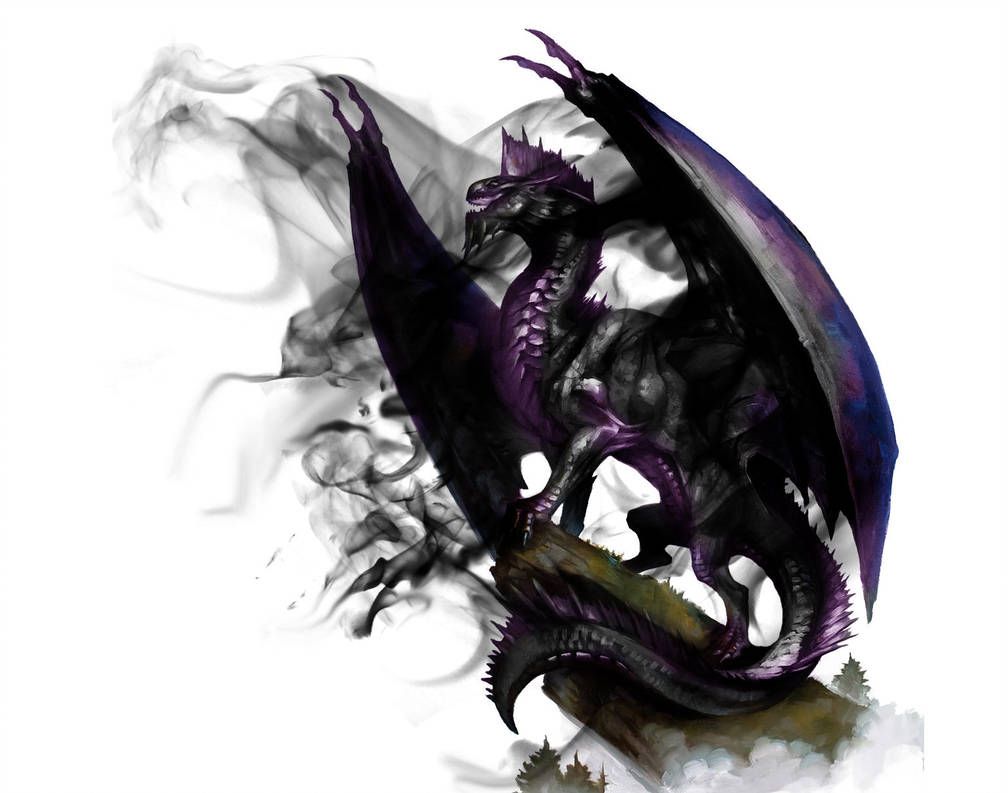