Manifest Zone Dependency. Every periplanar of light is bound to an Irian manifest zone, and must never stray out of its boundries. Any who do begin sicken, gaining one level of exhaustion for each hour they remain outside the zone.

Vivid Light. Any creature that starts its turn within 10 feet of the peririal must succeed on a DC 15 Constitution saving throw or become blinded until the start of its next turn.

Innate Spellcasting. The peririal's spellcasting ability is Charisma (spell save DC 16). The peridaan can innately cast the following spells, requiring no material components:

Rapid Channel. The peririal can use its bonus action to use its innate spellcasting to cast cure wounds or mass cure wounds.

Life and Light (Recharge 6). The peririal releases a burst of overwhelming positive energy, harming living creatures and filling the area with an overgrowth of tangled plants. Creatures within 30 feet of the peririal must succeed on a DC 17 Constitution saving throw or take 27 (6d8) radiant damage and become restrained. Creatures take half damage on a succesful save. A creature restrained by the newly grown plants can use its action to make a DC 17 Strength check. On a success, it frees itself.

The beautiful elf before you shines with divine radiance. Her pale skin and pure white gown glow as if illuminated by a bright summer sun, and the area around her is awash with vivid colour. As she steps forward, small shoots spring up from the ground beneath her bare feet.

The periplanar of Light, also known as the peririal, is a gentle fey tied to a manifest zone of Irian, the Eternal Day. Like their connected plane, peririals seek to augment life using positive energy, and to light the shadows that surround Eberron. Due to their otherworldly beauty, their kindness, and their affinity for life, peririals are often mistaken for nymphs.

Peririals are most common in the forests of Aerenal, where Irian manifest zones are frequently found. These fey are considered a good omen in Elven culture, signalling a healthy, powerful manifest zone which in turn strengthens the council of deathless ancestors that guide them. Despite their proximity to the fey, the Aerenal elves rarely petition peririals for aid. The Aereni know all to well how dangerous it can be to owe a favour to the fey. 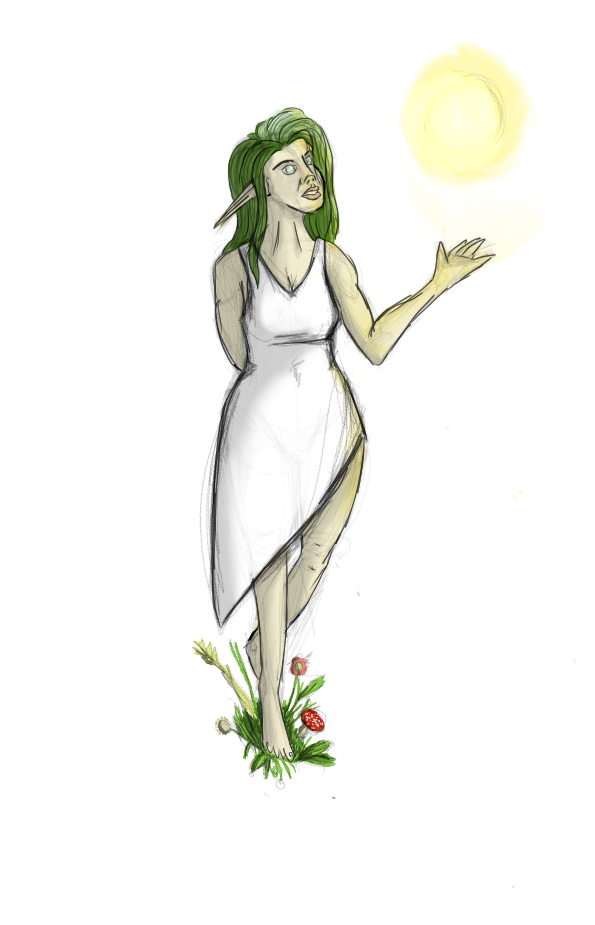 The humanoid before you is artistically perfect. His features are symmetric, smooth and unblemished, and not a single crease marks the long drapes of his clothing. His eyes are pure gold, and two long, straight horns sprout from his head. Smooth metallic plates cover his chest and forearms like armour.

Manifest Zone Dependency. Every periplanar of order is bound to a Daanvi manifest zone, and must never stray out of its boundaries. Any who do begin sicken, gaining one level of exhaustion for each hour they remain outside the zone.

Gambler's Bane. Any creature that starts its turn within 10 feet of the peridaan must succeed on a DC 15 Wisdom saving throw or succumb to the peridaan's ability to suppress chaos. Affected creatures replace all dice rolls as the average result (rounded down) until the start of their next turn.

Innate Spellcasting. The peridaan's spellcasting ability is Wisdom (spell save DC 16). The peridaan can innately cast the following spells, requiring no material components:

Sculpt Regularity (Recharge 5-6). The peridaan channels the power of Daanvi to rearrange the world into a more acceptable shape. Creatures within 50 feet of the Peridaan must succeed on a DC 17 Wisdom saving throw or take 21 (6d6) psychic damage and teleport to another space of the peridaan's choosing within the affected area. The peridaan most often rearranges creatures into regular shapes, such as lines and circles. On a successful save, creatures instead take half damage.

The Periplanar of Order, also known as the peridaan, is a lawful fey tied to the manifest zones of Daanvi, the Perfect Order. These fey live to spread regular structure, law and schedule in their homes, and so are not violent unless their careful plans are disrupted. The actions of a peridaan are clearly noticable, with crops rearranged to perfect rows, well defined paths running through otherwise unspoiled wilderness and even predictable behaviour from wild animals they shepherd.

Although it remains elusive, a peridaan is suspected to reside in the Grove of Circles in the Harrowcrowns forest in Thrane. The grove consists of one hundred concentric circles, each a ring of a particular species of plant or tree. At its centre, a stone monolith carved with rites in Daan script rises above the tree tops. 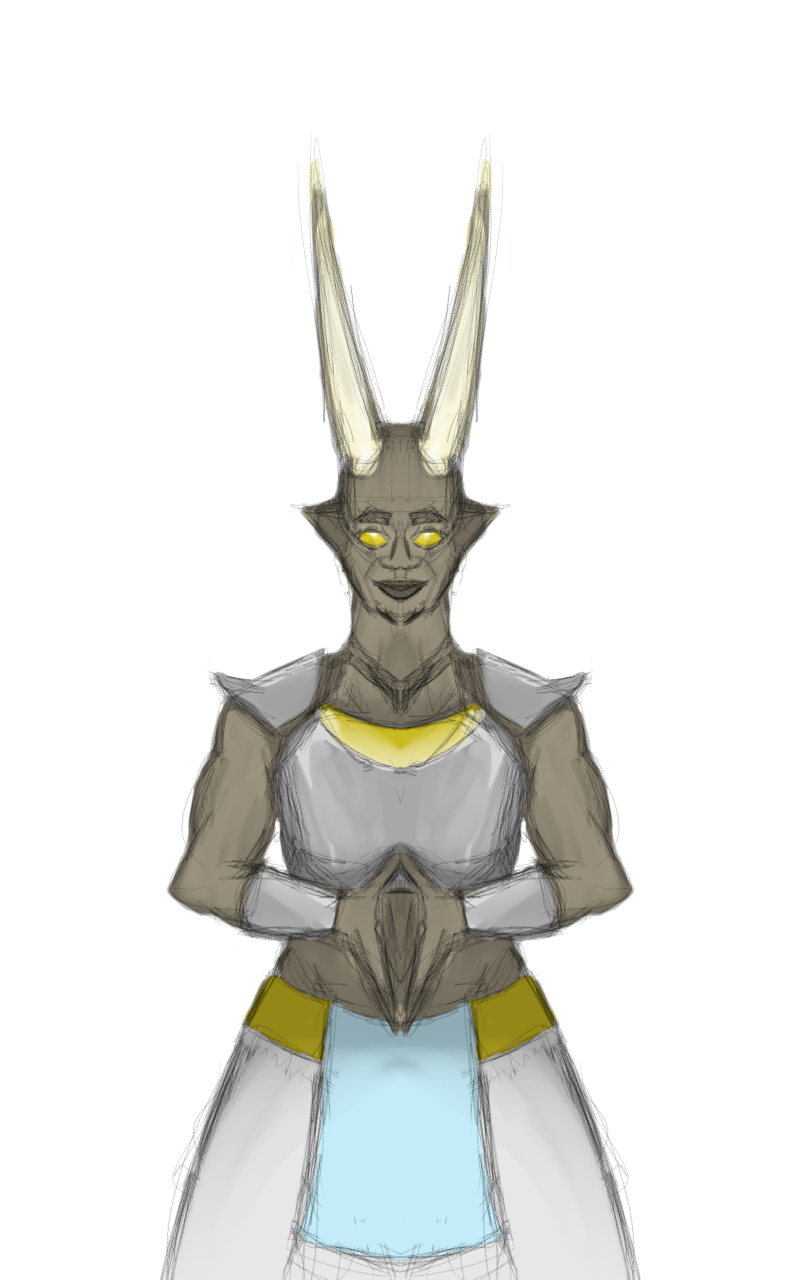 The hunched and gangling humanoid creature before you appears to be sculpted from ice. Its crystalline skin and icicle beard shimmer in the light. Long, blade-like horns curve backwards from its head, and its electric yellow eyes display its cruel curiosity.

The periplanar fey of ice are bound to manifest zones connected to Risia. These cruel fey, also known as perisians, are among the best known of the periplanar fey. Perisians have been most frequently recorded in the Endworld Mountains and the Mror Holds.

A perisian embodies the malevolence of the colds of Risia: it is slow but persistent, and works to steal the warmth of life and light from its prey. Many perisians like to make deals with their victims, taking advantage of the desperation of travellers lost in a blizzard or avalanche. 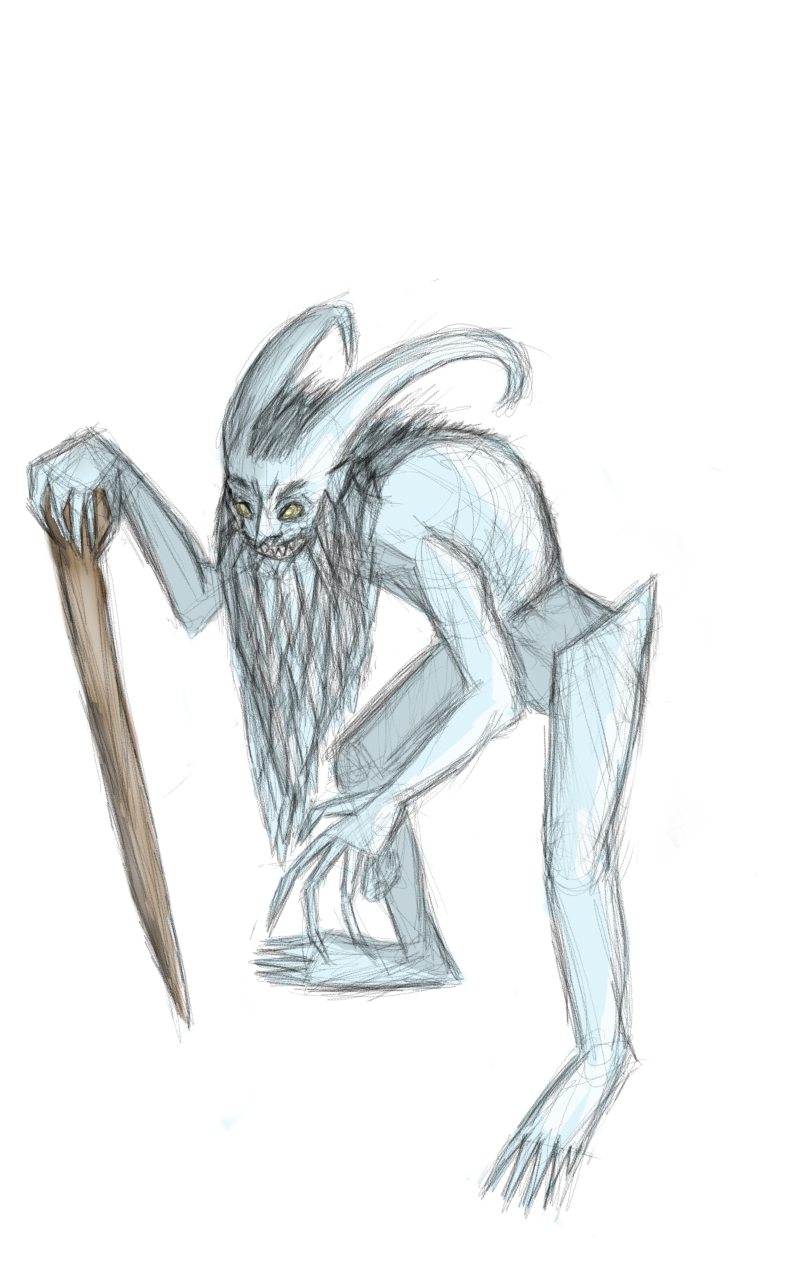 Manifest Zone Dependency. Every perisian is bound to a Risian manifest zone, and must never stray out of its boundaries. Any who do begin to melt, regardless of climate, gaining one level of exhaustion for each hour they remain outside the zone.

Cold Breath (Recharge 5-6). The periplanar exhales a 15-foot cone of cold air. Each creature in that area must succeed on a DC 15 Dexterity saving throw, taking 21 (6d6) cold damage on a failed save, or half as much damage on a successful one.

Summon Risian (1/day). The perisian conjures two ice mephits within 30 feet of itself. The ice mephits may act immediately and on each of the perisian's subsequent turns. The mephits disappear after 1 minute or when the perisian is killed.

Freezing Blood. When the perisian is hit with a melee attack, the attacking creature must succeed on a DC 15 Constitution saving throw or transform into a statue of ice. A transformed creature is petrified and vulnerable to fire damage. It may attempt a new saving throw at the end of each of its turns, and returns to its normal form if it succeeds. A creature that succeeds on a saving throw against this ability becomes immune to the transformation for one day.

The androgynous, human-like creature before you has silvery skin and shining golden eyes. Its cascading hair takes the shape of a billowing cloud, and conceals much of the creature’s form. It grasps a shimmering, blue longsword in one hand.

The periplanar of the sky, also known as the perisyris, is one of the few truly righteous creatures native to the material plane. As creatures bound to Syrania, the Azure Sky, these periplanar fey share many of the traits of that plane’s native angels. They seek to destroy evil in their domains, and though they are not generally violent, they will not shy from force if necessary.

The perisyris may be the most famous of the periplanar fey, thanks in no small part to the presence of a Syranian manifest zone in one of the world's most populous cities. When the glass tower fell in Sharn, some witnesses claimed to have seen the clouds themselves reach to down to try to support the structure, and others described a beautiful angel circling the structure before it fell. The so called Spirit of Sharn was a popular tale for many years, but since no more sightings have been recorded, the tales have slowly died.

The absence of the Spirit of Sharn has puzzled many, but popular theories suggest that it has been destroyed and forced into hiding by the Radiant Idols, or that it has become so ashamed of the evil that has consumed the city that it refuses to show its face again. 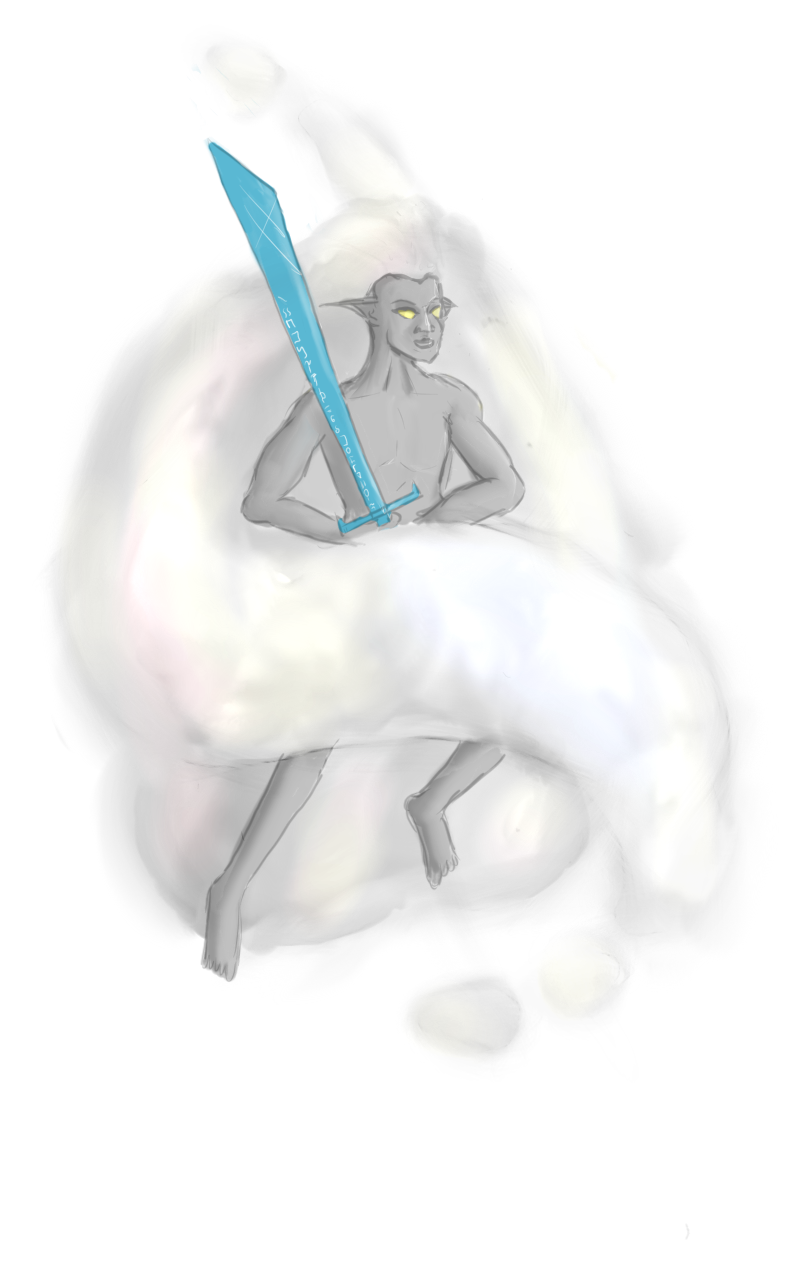 Manifest Zone Dependency. Every periplanar of the sky is bound to a Syranian manifest zone, and must never stray out of its boundaries. Any who do begin to dissipate, gaining one level of exhaustion for each hour they remain outside the zone.

Innate Spellcasting. The perisyris' spellcasting ability is Charisma (spell save DC 15). The perisyris can innately cast the following spells, requiring no material components:

Prismatic Radiance (Recharge 5-6). A multicoloured burst of light erupts from the perisyris' cloudy veil. Each creature within 30 feet must make a Constitution saving throw. For each target, roll 1d8 to determine the colour of the light that engulfs it and its associated affect:

1 (Red) - The target takes 6d6 fire damage on a failed save, or half as much damage on a successful one.

2 (Orange) - The target takes 6d6 acid damage on a failed save, or half as much on a successful one.

3 (Yellow) - The target takes 6d6 lightning damage on a failed save, or half as much on a successful one.

4 (Green) - The target takes 6d6 poison damage on a failed save, or half as much on a successful one.

5 (Blue) - The target takes 6d6 cold damage on a failed save, or half as much on a successful one.

6 (Indigo) -On a failed save, the target is restrained. It must then make a Constitution saving throw at the end of each of its turns. If it successfully saves, the condition ends. If it fails its save three times, it permanently turns to stone and is subjected to the Petrified condition. 7 (Violet) - On a failed save, the target is blinded until the end of its next turn, and is teleported 30 feet to a space of the perisyris' choosing.