Pet Rules for Dungeons and Dragons

Wrylyn had raised Dot since she was small enough to hold in one palm. The small dot of yellow fur on her head poking out of his sleeve when she was hungry. She’d often kept him company on watch, and rode in his hood during their travels. She loved to steal off his plate, holding her treat in her hands as she scampered out of arm’s reach. With her large eyes, and her little horns she was always up to mischief. As Wrylyn watched the fireball blossom around him, he dreaded his wounds, but he was more terrified by the stillness in his hood.

Pets are a feature in most people’s lives. Dungeons and Dragons creates a platform where the only limit to your pet is your creativity and your DM’s patience. If a campaign runs long enough, it’s likely that some member of the party will adopt a sugar glider that breathes fire, or a rat with gills, or a snake with one bad leg. It’s going to happen, but it opens a whole new problem for the party.

These creatures aren’t warriors. They don’t have the health or attacks of mounts or beast companions. As a result, the first time they are caught in an attack, they’re likely to die outright. Typically, these deaths are undramatic and only bring down the energy at the table. There is no drama, because characters have no ability to protect their pets, and without options there can be no tension. No one wants to see a pet die, the DM typically doesn’t want to kill the pet either, but massive damage (PHB 75-76) alone would be enough to kill a creature with only 1 or 2 HP.

This is the problem these rules attempt to fix.

Disclaimer. If you like to watch pets die, this supplement probably isn't for you.

The Power of Love

Love is a powerful force, it brings people together across great distances and drives them to great lengths. When a pet is loved, this love grants them certain protections.

Understandably, many players will feel that using an entire potion to heal a pet is a waste of a resource. The point of these rules is to allow players to bring their pets with them on the adventure, rather than play kennel simulator to keep their pets safe. So, in this optional rule, when a pet takes enough damage to render it unconscious a player may administer a portion of a potion to it rather than an entire potion. The details of this are explained below in the “Doses Per Potion by Size” section. When a potion is administered in this way, two things happen:

Doses Per Potion by Size

If you like this supplement and use it, feel free to let me know how it goes. If you have suggestions for how to improve it, drop me a DM at u/macatack3 on reddit. Otherwise, feel free to use this however you like. 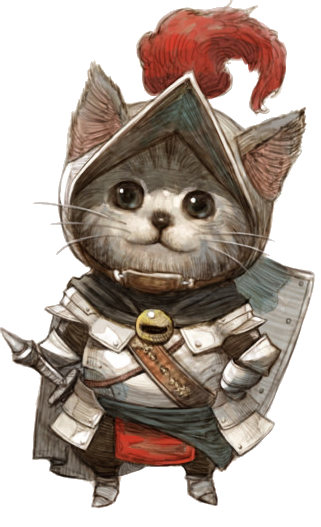