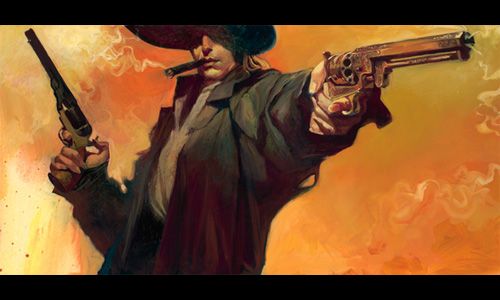 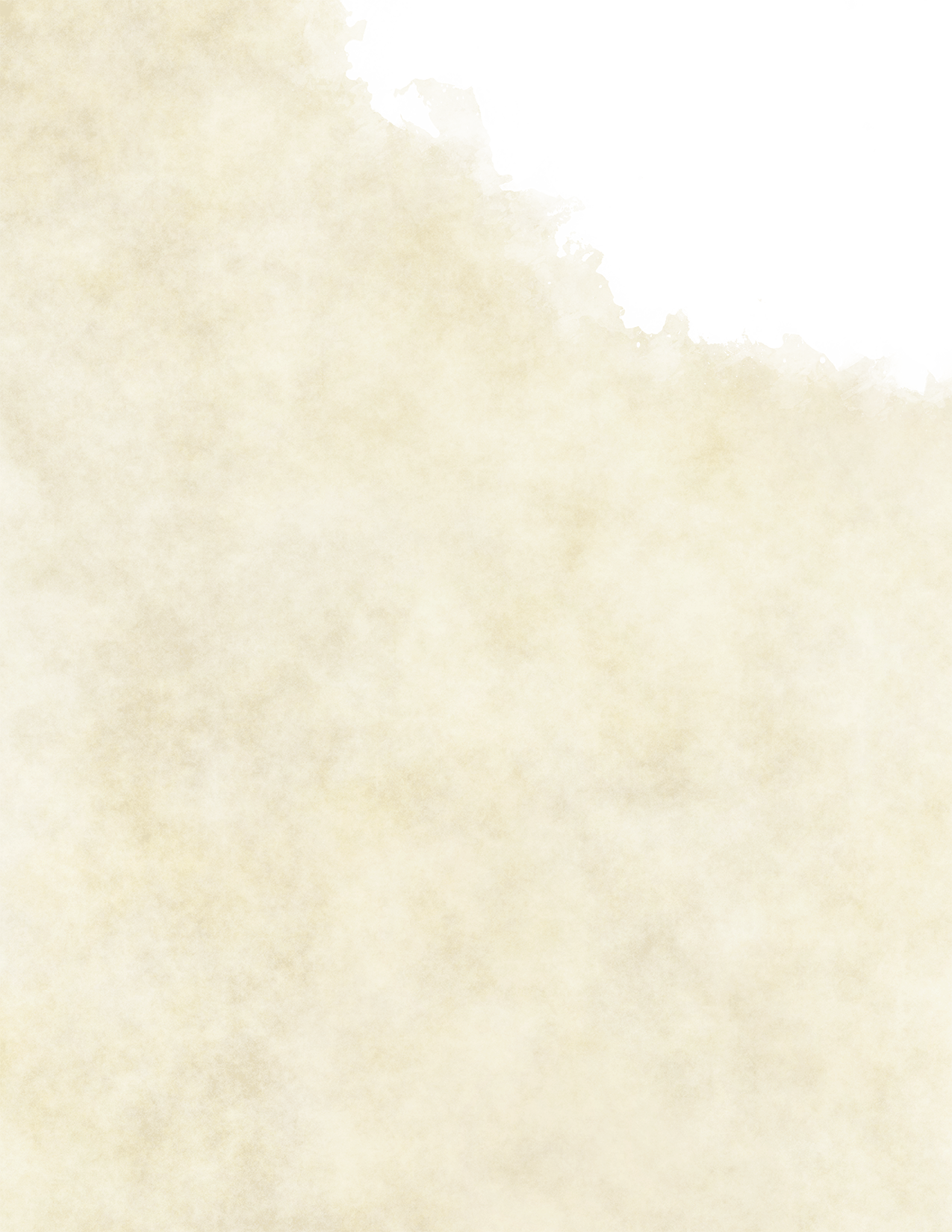 The Gunslinger is a fast talker. They’re always
able to come up with a witty comeback, or a quippy
remark to ease the tension of any situation. They usually prefer to work alone or in small groups, and they can have all manner of backgrounds and motivations, though they tend towards the chaotic. Their volatile nature lends them well to the use of firearms, an unpredictable weapon with great potential for good or evil.

Many Gunslingers practice new and unique techniques, often carrying specialty firearms in addition to their standard firearm. These specialty weapons have limited uses, but offer other advantages in the heat of combat, such as exploding ammunition, bean-bag rounds, or suppressing the sound of a shot.

When you take this archetype at 3rd level, you gain proficiency with firearms. See the table in the DMG (p. 268) for firearm stats, and discuss which types are applicable with your DM. When your firearm runs out of ammunition, you may use a bonus action or one of your attacks on your turn to reload.

Upon taking this archetype, you gain a number of Grit points equal to 1 + your Charisma modifier. A Grit point is expended when you use it. You regain all of your expended Grit when you finish a short or long rest.

Some of your Dirty Deeds require your target to make a saving throw to resist the Dirty Deed’s effects. The saving throw DC is calculated as follows:

At your DM's discretion, you may create new Dirty Deeds. Creating a new Dirty Deeds requires several days and a hefty amount of coin in order to create a new firearm or modify an existing one, and time to practice the Dirty Deed. You must spend 50gp per day required in materials, and the minimum time required is 10 days.

At 7th level, your skill speaking to those around you increases. You have advantage on Charisma checks. Additionally, you may add your Charisma modifier to your initiative rolls.

Beginning at 15th level, when you roll initiative and have no Grit left, you gain 2 Grit.

Additionally, when you score a critical hit with a firearm, the target hemorrhages, taking half the damage dealt, rounded down, at the end of its next turn.

You may spend 1 Grit to draw and fire a firearm laoded with a bean bag round against a target within 60 feet. Make a ranged attack roll. If the attack hits, the target takes 1d4 bludgeoning damage and must make a Constitution saving throw or be stunned until the end of its next turn.

With a pistol, you can spend 1 Grit and take a -5 penalty to the attack roll to attempt to curve the bullet around corners. If the attack hits, the target takes the normal attack damage plus 10, as it is surprised by the hit. To use this option, you must have seen the target within the last turn before it went around the corner, and it must have been within the short range of your firearm.

When you take the attack action, you may spend 1 Grit to gain advantage on your next attack this turn.

You may spend 1 Grit to draw and fire a firearm loaded with an explosive round against a creature you can see within 60 feet. If the attack hits, the target takes the normal attack damage. Hit or miss, the round then explodes. The target and each creature within 5 feet of the target must succeed on a Dexterity saving throw or take 2d6 fire damage. The fire damage increases to 3d6 at 5th level, 4d6 at 11th level, and 5d6 at 17th level.

As an action, you may spend 1 Grit to toss a flash-bang. You may toss it up to 30 feet to a point you can see. At the end of your turn a loud blast originates from that point, and any creature within 30 feet without full cover must make a Constitution saving throw or be blinded and deafened until the end of your next turn.

As an action, you may spend 1 Grit to fire a flare at a point you can see within 120 feet. The flare lasts for 1 minute and emits bright light for a radius of 60 feet, and dim light for an additional 60 feet. If any of this effect's area overlaps with an area of darkness created by a spell of 3rd level or lower, the spell that created the darkness is dispelled. Additionally, Dexterity (Stealth) checks made within 60 feet of the origin are made with disadvantage.

You may spend 1 Grit to gain advantage on the next Strength or Dexterity check you make.

You may spend 1 Grit to make a precision shot against an object within range of your firearm. You may not move on the turn during whch you make this shot. Make a ranged attack roll against the object. If the object is stationary, you gain a +5 to the attack roll in addition to your normal attack bonus. If the attack hits, the object is affected in a way deemed most appropriate by the DM. For example, a rope may be cut, a lock broken open, or a bell may be rung. You may use Precision Shot with other maneuvers by spending additional Grit points.

You may spend 1 Grit to draw and fire a scattergun. All creatures in a 15 foot cone in front of you must make a Dexterity saving throw. On a failed save, a creature takes 2d6 piercing damage, or half as much on a successful save. The damage of this Dirty Deed increases at 5th (3d6), 11th (4d6), and 17th (5d6) level.

When you are hit with a melee or ranged attack or a single-target spell that deals damage, you may use your reaction and spend 1 Grit to make one weapon attack against your attacker.

You may spend 1 Grit to draw and fire a suppressed firearm for one turn. When used in this manner, attacking while hidden does not reveal your position.

When making an attack against a target that can see you, you may spend 1 Grit to attempt to intimidate the target with a flashy display of gunmanship. If the attack hits, the target must make a Wisdom saving throw. On a failed save, the target is frightened until the beginning of your next turn. If you are proficient in the Intimidation skill, the target has disadvantage on the save.

As an attack action with a rifle, you may spend 1 Grit and take a -2 on the attack roll to attempt to shoot through the soft tissue of a creature and hit a target or targets beyond it. Make an attack roll against the target furthest from you. If the attack hits, the target(s) you shot through take 1d4 piercing damage, and the main target of the attack takes the normal attack damage. To use this option, the creature(s) you shoot through must be Large or smaller and within the short range of your firearm.