Through study and training a spellblade is able to combine very different abilities. Whether they are dedicated to defending the borders of a kingdom, imposing their superiority or traveling in search of adventure, spellblades are always looking for new sources of knowledge to increase their skills and excel in every field.

Spellblades are masters of combat and mystical arts. Thanks to their training, a spellblade can wield any type of weapon and use every kind of shield and armor. In the same way he is able to channel powerful arcane abilities through his body and his weapon with devastating results. Due of this hybrid technique, a spellblade can't cast e spell farther than his melee range, forcing him to face his opponents face to face.

You can make a spellblade quickly by following these suggestions. First, make Strength or Dexterity your highest ability score, depending on whether you want to focus on melee weapons or finesse weapons. Your next-highest score should be Intelligence. Second, choose the soldier background.

As a spellblade, you gain the following class features.

A spellblade is a warrior who applies his arcane studies to his martial techniques, releasing mystical energies directly from his body.

Due of their hybrid nature, all spellblade's spells have range reduced to touch. Spells or abilities that normally increase the range of a spell have no effect.

The Spellblade table shows how many spell slots you have to cast your bard spells of 1st level and higher. To cast one of these spells, you must expend a slot of the spell’s level or higher. You regain all expended spell slots when you finish a long rest.

You know four 1st-level spells of your choice from the spellblade (wizard) spell list. The Spells Known column of the Spellblade table shows when you learn more spellblade (wizard) spells of your choice. Each of these spells must be of a level for which you have spell slots, as shown on the table. For instance, when you reach 3rd level in this class, you can learn one new spell of 1st or 2nd level.

You can cast any spellblade spell you know as a ritual if that spell has the ritual tag.

You can use your own weapon as a spellcasting focus for your spellblade spells.

A spellblade can channel his arcane power through the weapon he holds.

When you wield a melee weapon and you cast a spell or a cantrip that requires an attack roll, you can choose to use the modifier of the weapon instead of the Intelligence modifier. If you do, you spends your bonus action and add the weapon damage to the effects of the spell. Taking this action counts as an Attack action in order to use the Extra Attack feature.

The spellblade can use this feature a number of times equal to his actual Proficency Bonus. He recover all the uses spent when completing a short rest.

A spellblade can release the power of spells directly from his body.

Once you reach 2nd level, you can cast area-effect spells without suffering from instantaneous effects even if you are within range. To do so the spell's origin must be centered on yourself, or, if required, you must be the target of the spell.

Beginning at 6th level, you can attack twice, instead of once, whenever you take the Attack action on your turn.

This feature can be used togheter with the Arcane Smite feature.

At 10th level you adopt a particular style of fighting as your specialty. Choose one of the following options.

While you are wearing armor, you gain a +1 bonus to AC.

When you are wielding a melee weapon in one hand and no other weapons, you gain a +2 bonus to damage rolls with that weapon.

When you roll a 1 or 2 on a damage die for an attack you make with a melee weapon that you are wielding with two hands, you can reroll the die and must use the new roll, even if the new roll is a 1 or a 2. The weapon must have the two-handed or versatile property for you to gain this benefit.

When a creature you can see attacks a target other than you that is within 5 feet of you, you can use your reaction to impose disadvantage on the attack roll. You must be wielding a shield.

When you engage in two-weapon fighting, you can add your ability modifier to the damage of the second attack.

Beginning at 11th level, you can create pockets of relative safety within the effects of your spells. When you cast an Evocation spell using your Battle Surge feature, you can choose a number of creatures equal to 1 + the spell's level. The chosen creatures automatically succeed on their saving throws against the spell, and they take no damage

if they would normally take half damage on a successful save.

At 14th level, a spellblade has become skillful at casting spells while fighting and can take advantage of uncanny energies and powers. When you use Arcane Smite while casting a cantrip, you no longer spend uses of this feature.

At 17th level, you learn how to make your weapon strikes undercut a creature's resistance to your spells. When you hit a creature with a weapon attack, that creature has disadvantage on the next saving throw it makes against a spell you cast before the end of your next turn.

Once you use this feature, you must finish a short or long rest before you can use it again.

At 20th level, you no longer have limits on the number of uses of the Arcane Smite feature. 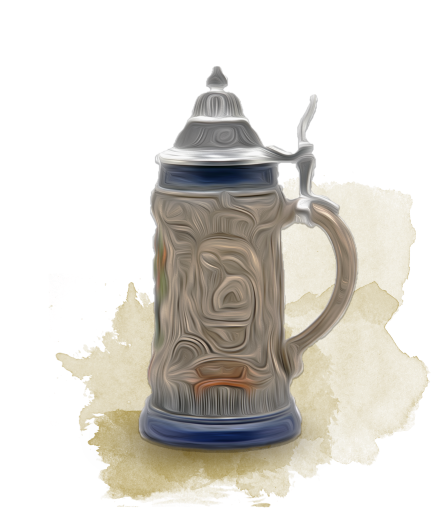